Gila Lu Ndro is a movie in comedy genre that premiere in 2018. The film was directed by Herwin Novianto and produced by Frederica from Falcon Pictures. Starring Tora Sudiro, Indro Warkop and Mieke Amalia.

Gila Lu Ndro tells the story of Alien’s life named Al (Indro Warkop). Because he did not find peace on his planet, Al went to earth hoping to experience a different life experience. He also met a man named Indro (Tora Sudiro).

Indro also took Al to walk around the city of Jakarta. During the trip, Al experienced many problems that were exactly the planet where he lived. Instead of finding peace, Al actually feels life on earth is as bad as the original planet. 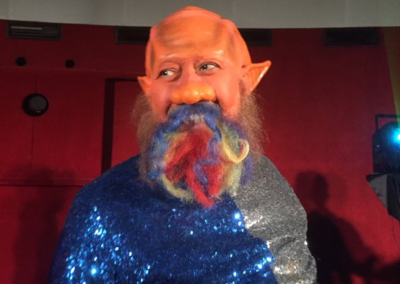